FOOT NEWS YOU CAN USE

If you have a question concerning your foot and ankle health care, please call our office or fill out and submit the form below. 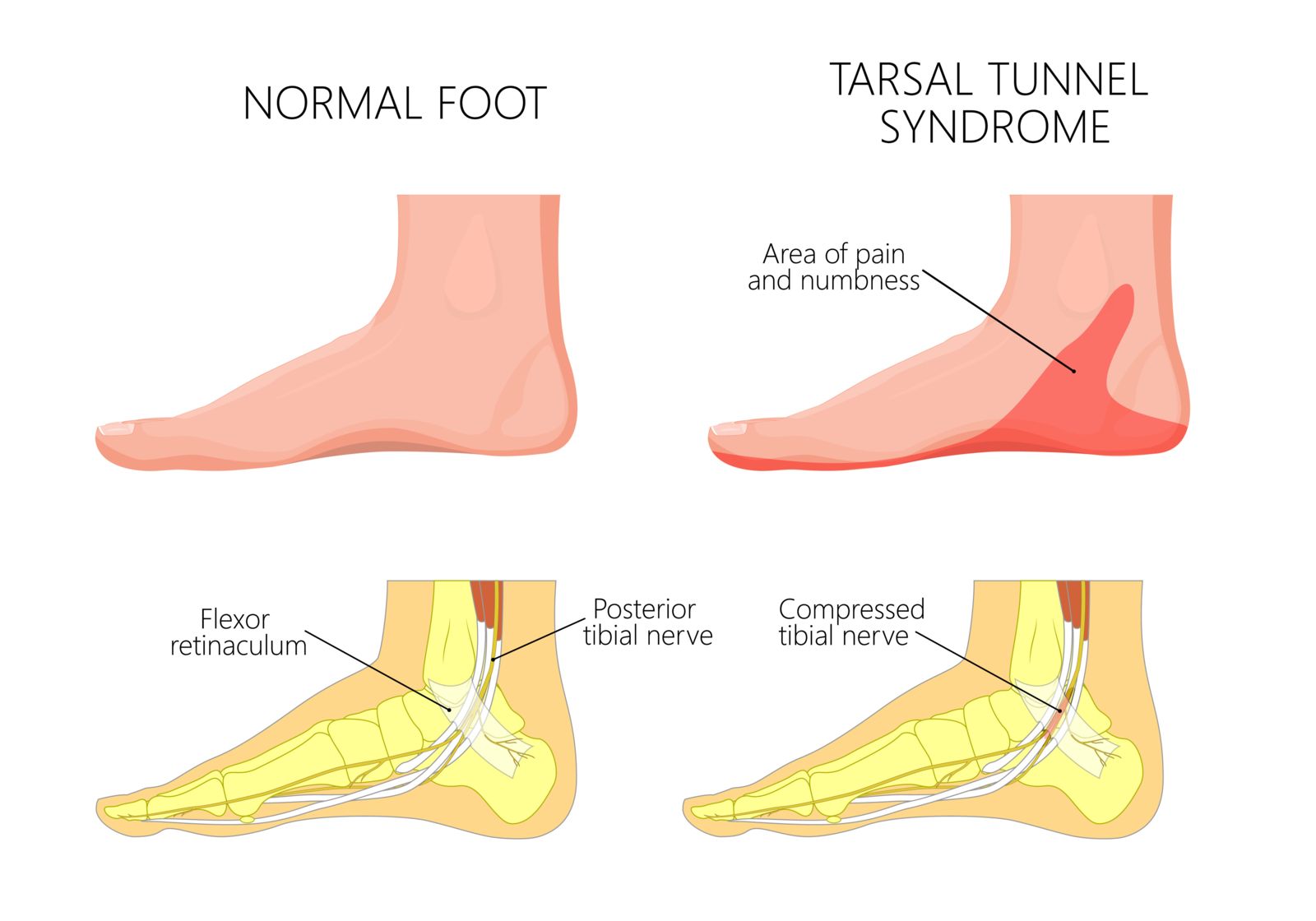 Just like Carpal Tunnel Syndrome, Tarsal Tunnel Syndrome is a nerve condition. The term “pinched nerve” has been used to describe both of them. Other common terms are “entrapment” or “compression.” All of these terms refer to the fact that pressure is being placed on the nerve that otherwise wouldn’t be there. Just like a pinched nerve in the back, pain is the result. Sometimes the pain can be severe enough to hamper walking.

The Tarsal Tunnel refers to the area of the foot located around the ankle bone on the inside of your lower leg. A nerve, vein, and artery pass through the tarsal tunnel. It’s the nerve that gets compressed or “pinched” in the tunnel that causes the symptoms similar to the symptoms in the hand.

One of the ways we can distinguish nerve pain, different from ligament, tendon, muscle, and bone pain, is that the pain often occurs when sitting or lying down. Burning, tingling or an electrical type pain can suddenly get your attention while being off your feet. Tarsal Tunnel Syndrome pain can also flare up from a shoe hitting the area or just routine walking.

Tarsal Tunnel Syndrome is best diagnosed based on the history of the pain, a physical exam of the area, and a specific nerve test. The earlier a diagnosis is made, the better the chance a non-invasive solution can relieve the pain. Some of the remedies for this condition are specific shoe recommendations, custom orthotics, laser therapy, physical therapy, and a cortisone shot. Surgery is only necessary when all the conservative measures have failed.

Tarsal Tunnel Syndrome isn’t nearly as common as Carpal Tunnel Syndrome, but it can be more debilitating. If you have numbness, tingling, burning, sharp pain, or a deep ache on the inside of your ankle and/or the bottom of your foot, having us evaluate it for this possible diagnosis would benefit you. We’ll do everything we can to relieve the pain quickly and avoid surgery.